A Team that was Very Good at Being Bad 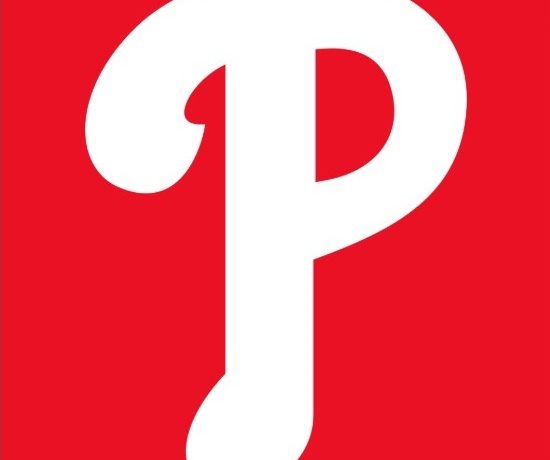 Original Story Derived from Blair Soden of ABC News – July 4, 2019 – Back in 2007 the Philadelphia Phillies fans were counting down to an eagerly awaited, unprecedented benchmark. Their baseball team was just one game away from achieving a record that no other team in professional sports has ever reached.

T-shirts were were printed and all the Phillies “Phans” could do was sit and wait to make their mark on sports history. If they get that 10,000th … loss.

Americans are obsessed with sports and arguably more so with the statistic of sport than the game itself, and baseball, America’s pastime, is the most saturated with numbers.

Everything from necessary statistics (how many times a player scores a run) to excessive statistics (the number of times a player has been hit by a pitch) has been carefully calculated. So it’s not surprising that baseball fans across the country were well aware of the proximity of the 10,000 mark. But why were Phillies fans so eager to celebrate a less than flattering milestone?

Unwavering support of the Phillies has something to do with Philadelphia pride said Robert Ruck, a professor of sports history at the University of Pittsburgh.

“What I love about the Philadelphia story is there’s this gritty persistence in sport,” Ruck told ABC News. “I come to see sport as a story that not only people but sometimes cities use to tell about who they are.”

And Phillies fans know who they are. On a busy Tuesday night at Cavanaugh’s Restaurant and Sports Bar, fans were eager to talk about their team, and despite the fact that the Phillies weren’t even playing that night, shouts of “Go Phillies” still filled the room.

“When they’re doing bad, I still watch them,” said Kris Phillips, a lifelong Philadelphian and Phillies fan. “I still go to the games, because it’s a long season and everything’s going to be bad sometimes.”

Phillips’ attitude is representative of most Phillies fans who support their team through both thick and thin.

“There are certainly some passionate and committed fans in Philadelphia,” said Ruck.

While the 10,000 mark may seemed like a daunting figure, in retrospect it may not have been all that bad. Despite the record number of losses, averaged out over the 124 years the Phillies had been playing, the team’s winning percentage was .468. While it’s nothing to brag about, it still beats the lowest all-time lowest winning percentage, held by the Tampa Bay Devil Rays’ dismal .409 at the time, since the team was founded in 1998.

And the Phillies were far from the season single-game loss record. The Cleveland Spiders won only 20 games in 1899, losing 134 along the way. The worst the Phillies ever had was a 42 win-109 loss season back in 1942.

Philadelphians have earned the right to be optimistic. None of the city’s four major sports teams has a reputation for success, and the Phillies aren’t the only team to suffer a significant losing streak. The football, basketball and hockey teams were equally unsuccessful in their team histories.

One Web site, www.phillysucks.com, plays no favorites when berating Philadelphia sports teams. The Philadelphia 76ers basketball team may hold an even more embarrassing record than the Phillies. The Sixers lost 73 games during the 1972-1973 season, taking home only 9 wins.

A history of loss may help explain why Philadelphia fans are reluctant to shy away from what some may consider an embarrassing feat. Phillies fans surprisingly wear the 10,000 mark as a badge of honor.

“It doesn’t really hurt, because we’re so used to all this losing,” said Phillips. “I’m almost proud of it; at least we’re the best at something, right?”

Ruck said the fact that the Phillies have been around long enough to reach 10,000 losses is a feat in itself.

“I think in some ways it’s a testament to the fact that there’s been baseball in Philadelphia for a certain continuity that’s allowed this franchise to persist,” said Ruck.

James Ge, another Phillies fan, said the longevity of the franchise defended the 10,000 loss record.

“The Phillies have been around longer than most franchises, they’re not a great team, but they’re not terrible,” said Ge. “We’ve got more history than most teams out there.”

A Losing History Repeats Itself

But will the Phillies continue to “make history” with their losing record, and will fans continue to stand by a team’s side that continues to let them down season after season?

True, it’s only a number, but will the publicity of this benchmark lead to even more losses?

“Everything in behavior is habitual,” said Murray. “So a losing team is going to continue losing.”

If just one team member becomes discouraged by the number, his attitude could negatively affect the team as a whole.

“You can easily become discouraged by other people’s lack of effort, which can then create some additional emotional baggage and conflict,” said Murray.

A lack of effort is something Phillies fans won’t stand for.

“We’re a hardworking city that wants hardworking players out of their team,” said Ge. “When you see players not trying out there, that’s what gets under our skin.”

But this season, fans are pleased with the effort of their favorite players, and when they’re not?

“We’ll boo the crap out of someone if they suck, but we’ll give them all the praise if they deserve it,” Ge added.

Lucky for the Phillies, a championship World Series title isn’t based on an all-time record, just a single season, something Phillies fans and players are well aware of.

And a previous record has no bearing on what next season could bring.

“They’ve been a team for so long that their record isn’t really indicative of the team that’s there now,” said Ge.

And who knows, a World Series title could be right around the corner. But for now, congratulations on the 9,999 losses, Philadelphia!

Hope you enjoyed this slightly different focus on losing rather than success, compliments of sports psychology.